Sports Festival of GES is on! One of the most awaited programs of GES "GE cup 2017" is going to be organized. The official date was announced as 31st December by sports coordinator of GES Mr. Saugat Pratap Singh Karki.

"This GE cup is going to be more exciting. The aim of GE cup is to provide refreshments and increase interaction among GE students" says sports co-ordinator Mr. Saugat Pratap Singh Karki

Following games will be organized in GE cup.

Along with the end of the year 2017 begins the most awaited GE cup. The first match will be a football match between DGE 2nd year and GE 3rd year at KU ground at 2:00 PM on 31st Dec 2017. Please be there to support your team.

Some glimpses of previous GE cups. 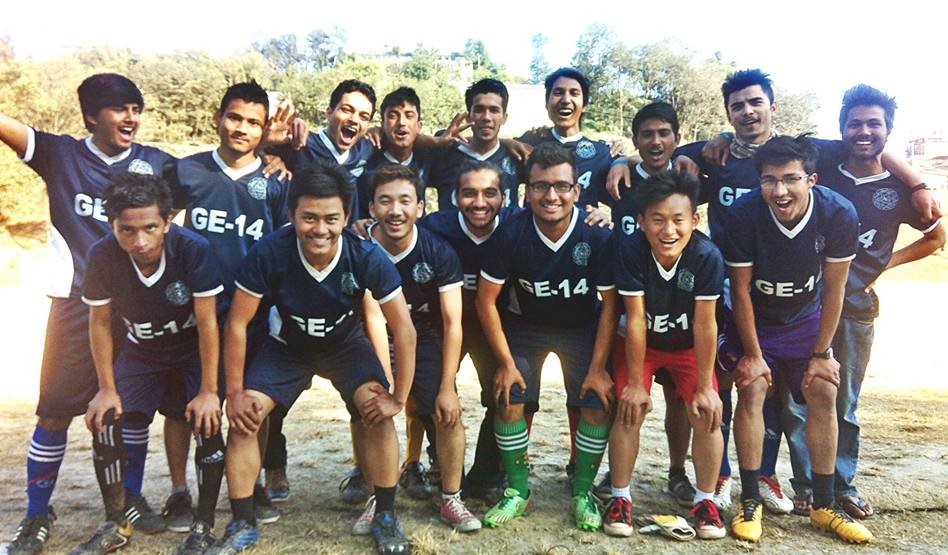 SO WHAT YOU THINK ?

How was your experience of visiting the site and what do you thik about our club and our programs.
Please feel free to express.